Rumor has it this is my 65th blog...Oddly enough, it's been written but not posted for almost two weeks! I have not taken the time to even send this to my editor (poor editor, she never gets to proof). I'm stuck on level 65 in candy crush and it's sucking the life out of me! (I'm not giving you the link b/c I'm saving your soul). I just thought that maybe just maybe if I pass the blog mark, I can pass the crush! 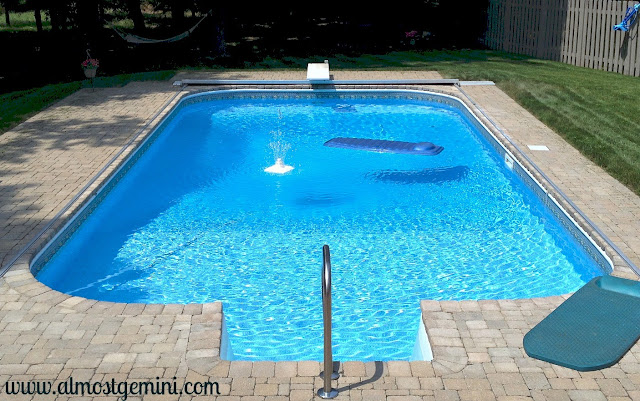 I'm in desperate need of some pool time! I don't think anyone will ever say, I wish I spent less time by the pool!  It's just not gonna happen! At least not in my world! (FYI: I use sunblock and lay out under an umbrella)

I also need to tame the shrew...well tame my garden! 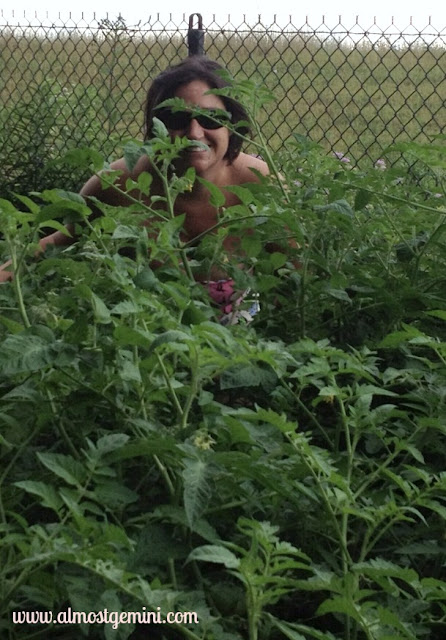 Where's Coco? Can you see my mass of almost 6ft tall tomato plants? FYI we had THREE red tomatoes so it's looking like BLT in our very near future!

This year is the first time I've actually grown cucumbers. I've planted them for a couple years but they are totally out of control now!
﻿﻿﻿﻿﻿﻿﻿
﻿
﻿
﻿ 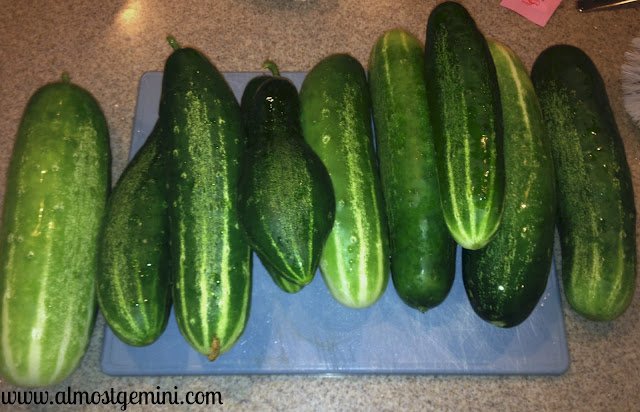 NINE on our first pick! Sis found most of these! I think that's the first time she has ever picked ANYTHING from the garden!

What is one to do with all these cucumbers? Why make pickles of course! 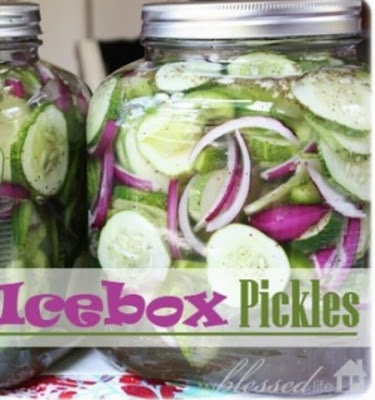 Mama found this recipe on facebook. The picture and the recipe are both from
My Blessed Life.

How To Make Icebox Pickles

Combine all ingredients in a glass jar or crock.  Cover with water and refrigerate.  You can eat them immediately, but I will tell you that the pickles are much, much tastier if you let them sit in the refrigerator for a few weeks. They will keep up to 3 months in the fridge.
It seems easy enough, even more me!

My first, "OH CRAP" moment came when I realized I didn't have those awesome huge glass jars. I already had it in my mind I was going to make these! I used two bowls and just divided everything in half. 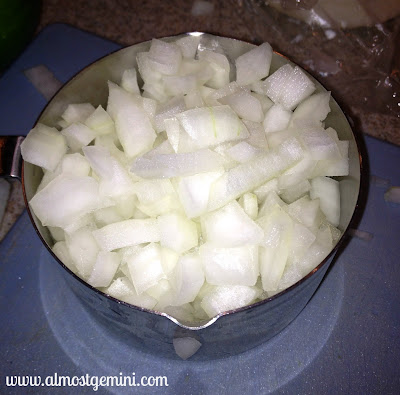 My second, "OH CRAP" moment came when I realized, I only had white onions. I didn't think it would matter that much, so I just cut up the white! 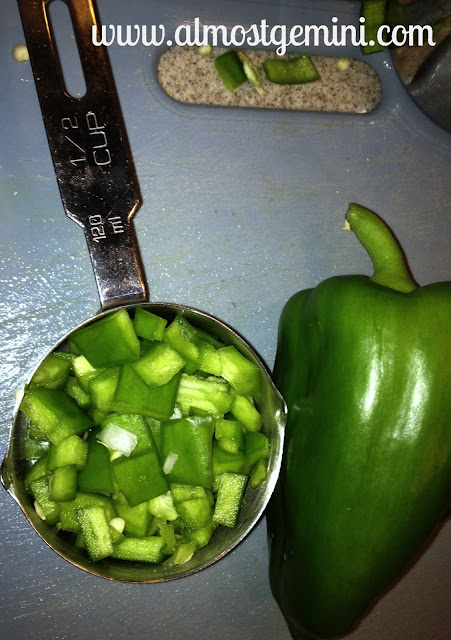 We did happen to have some green peppers in the garden. I asked Sis to "Run down and fetch me some peppers from the garden". She rolled her eyes at me but did it any way! :) 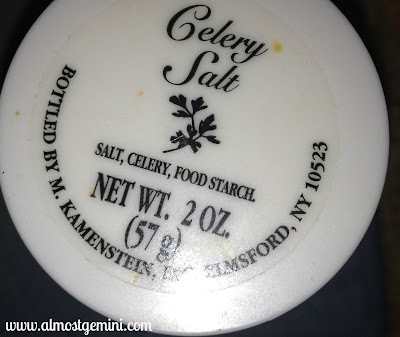 I have a totally irrational  rational fear of celery! I don't care what people say...celery smells bad and tastes funny! It was with great fear that I added the ENTIRE tablespoon of celery salt. 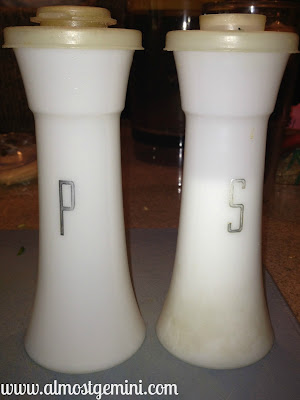 I only needed salt but Mama wanted me to show you a picture of her "70s", I do love them!

We also added vinegar, sugar, and water. I didn't think I needed to take pictures?! You're Welcome!

I will try to be a better blogger but don't get your hopes up! :)


Mr. Melling: Why is New Jersey called the Garden State? Gracie Hart: Because it's too hard to fit "oil and petro-chemical refinery state" on a license plate?


Posted by AlmostGemini at 8:26 PM