A Family That Laughs Together...

Most likely just saw the ever HI-LARRY-OUS Matt Holt live!

The U family took a trip to Broad Ripple and Cracker's Comedy Club.  I know you're thinking! It's only 10 miles away. EVERYTHING the U family does is a trip/adventure. Just have to call a spade a spade!

Bless The Dadster's pea pickin' heart but he almost killed us at least four times on the way there. He isn't used to driving in the "big city". 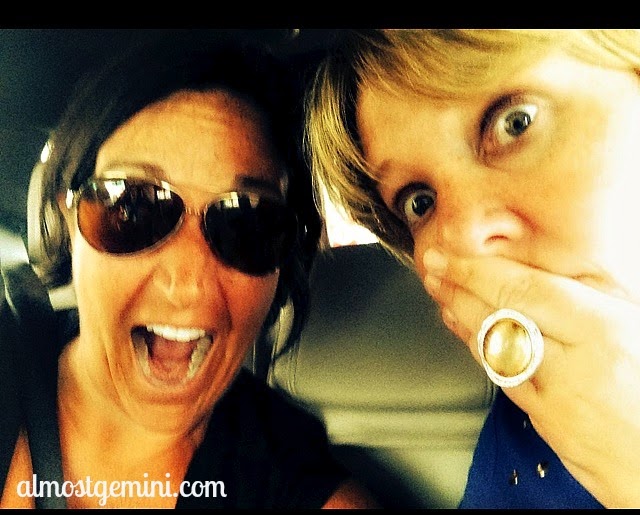 I'm sure these two "backseat drivers" didn't help his cause. #dadsterdrivingselfie

Good news….we made it there alive and EARLY! Whoot Whoot. There were three comics at Crackers that night. In order of appearance:

First up was Jeff Vibbert. What an A-DOOR-ABLE  and charming 13 23 year old. He was (as Mama put it) a "clean" comic. He was truly funny without the cuss words. His stories were so funny and yet somehow, I'm sure they were totally true! 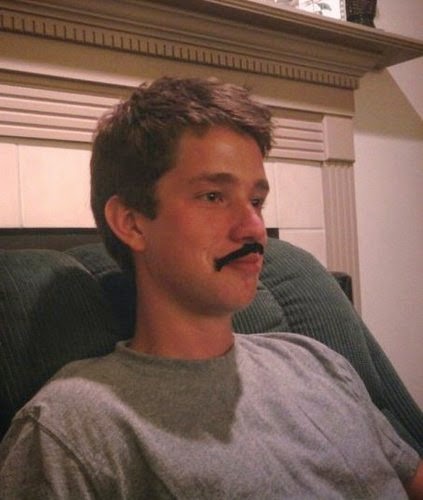 Sporting this mustache type thing, makes him look beyond his years! My sincerest apologies to Mr. Vibbert but there wasn't a lot on the Internet to steal borrow.  He is up and coming so, give it time and your news feed will be blowing up with his name!

Up next was not so clean comic Ben Moore. What to say about him? Ahhhhhh. Ummmmmm. Yeah, I think this guys says it best. 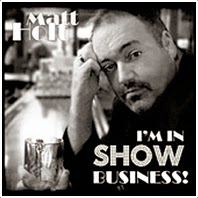 I did pre-warn Mama that Matt uses "adult" language in his act. Mama isn't a fan of sailor talk but she was prepared for a "f bomb" or two.

SIDENOTE: For some reason, I decided I needed to know where the term "cuss like a sailor" came from.  I didn't really get the answer I was looking for. The best I could come up with was someone called "Peace and Love" on Yahoo answers. I'm going to go ahead and take her answer as "fact". I do enjoy some peace and some love. PL says: Back in the day, sailors were often uneducated and could be somewhat dangerous or barbaric. Now, sailors are just any other person with a job, but the expression comes from all those "uncivilized" sailors that had potty mouths.

Kinda thought that would be more exciting! ANYWHOOOOOOO!

The "f" word didn't stop Mama from laughing, LOUDLY! The Dadster did his chuckle that we love so much and Sissy snorted a couple times. Of course, I have a dainty and polite laugh..nay giggle.

Not only was his set funny, he ended with a really cool and motivational story. Mama thought it was awesome and made a note to be more motivated and live her dreams…the next day when she woke up. It was late and she had been working in the yard all day.

If you don't live in Indiana, no worries. The dude travels EVERYWHERE spreading laughter and joy. (to much?) ha

holtcomedy @holtcomedy · Jesus was a Carpenter, but he didn't write any of their big hits. #rainydaysandmondays-

Posted by AlmostGemini at 5:02 PM No comments:

How Do I Love thee?

Let Me Count the Grays...

Mama and I are still singing "Hallllllll-laaaaaaa-lu-ya, Coco's room is done". It's AH-MAZE-ING. You know from my "Spring is Clean" blog, I've been drooooooling over laminate flooring. DROOLING! We did it! Mama and I grabbed our construction wine glasses and got to work.

First day, was mostly prep work. We touched up the paint on ceiling, painted my baseboards, and joyfully ripped the carpet out. We were drinking in great spirits, so optimism was at an all time high!

Once we got our trusty "box knife for like carpet" aka a carpet knife, we had no trouble ripping that up! Now being "newbies" to the home remodeling/construction thing, getting an actually carpet knife, change our lives!


SIDENOTE: Mama and I went total redneck on the carpet. After we ripped it up, we took out the screen and tossed it right out the second story window. Since looks can't actually kill (and we did NOT make a bonfire out of the old carpet) no one was harmed during this process.

AHHHWHOOO…about a week later AND….


Now everyone sing-a-long…ISN'T SHE LOVELY! ISN'T SHE BEAUTIFUL!  We did it! We WILL NOT being doing it again!  We didn't just do the flooring, we re-did the ENTIRE ROOM! 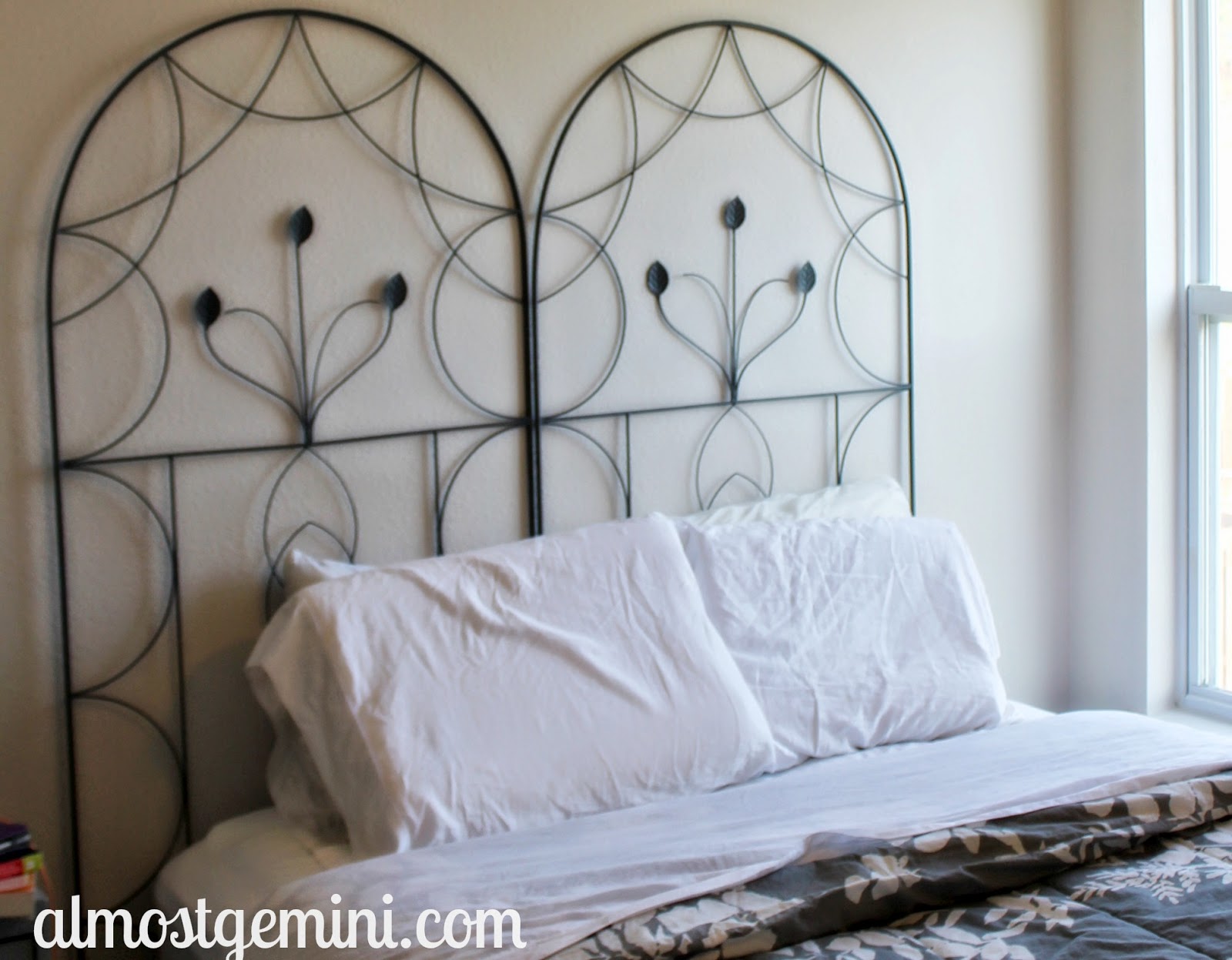 Mama got these wire garden trellis at an estate sale for $5. We spray painted them gray (#1). I think they look pretty awesome! We also got the bedspread (gray #2) at sale for $5 (plus dry cleaning costs). I hate how wrinkled my pillows look but I couldn't bring myself to iron them. 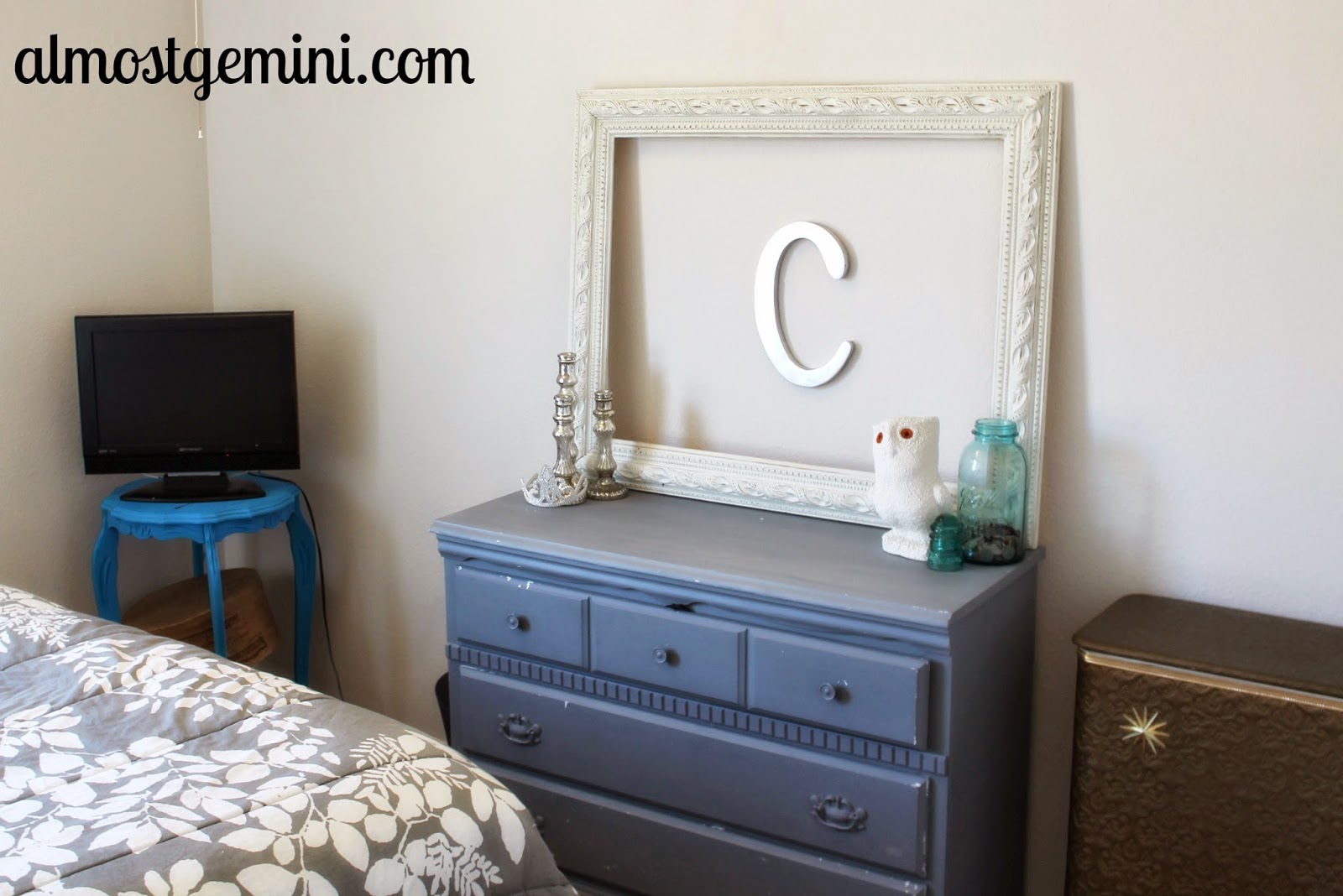 The dresser is mine from my nursery so its….29(ish) years young?! We painted it gray (#3). I love the frame we picked up at The Southside Vintage Marketplace. I already had the silver "C" and candlesticks. Is silver gray? Remind me to "google" that.

OH don't you love my vintage hamper (on the right) and bright blue TV stand? I DO! 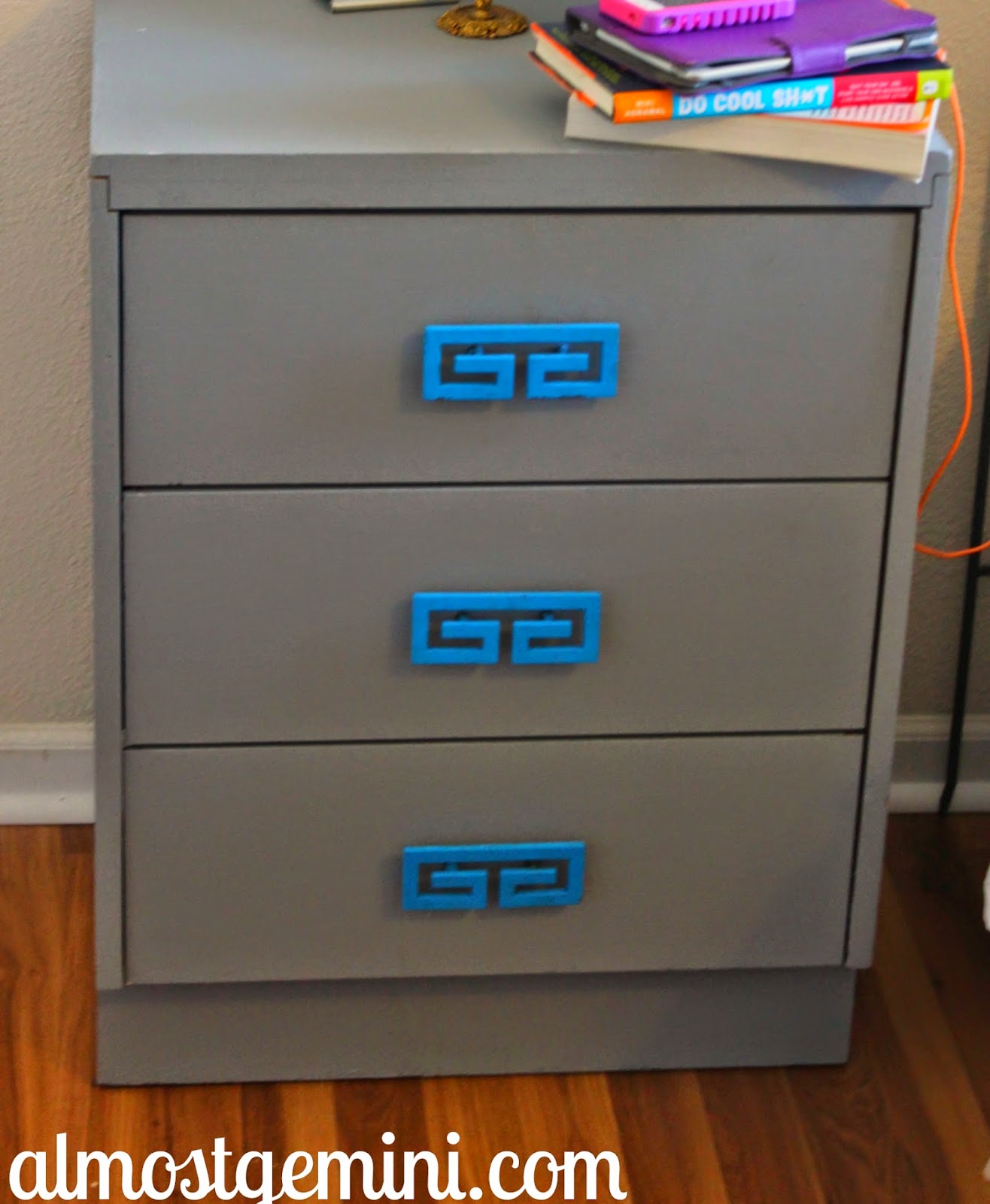 To top off my gray (#4), I got this night stand for the low price of FREE! Painted the handles the electric blue and I LOVES IT!

I wish I could say the trials and tribulation of all this has put a damper on my need remodel. It didn't. Next stop? My bathroom!

Still being a little obsessed with BuildDirect, I had to go and look at their tile samples! I'm thinking subway tiles for my bathroom!? It might be a little to soon…but Mama don't you love this look? Should we try it?


The road to success is always under construction.
Lilly Tomlin

Posted by AlmostGemini at 6:23 PM 2 comments: