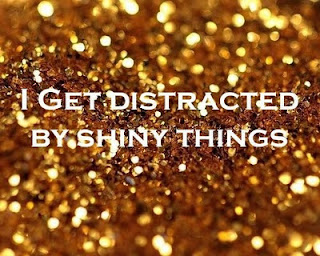 Hope is not just a never aging and always enduring character from Days Of Our Lives. 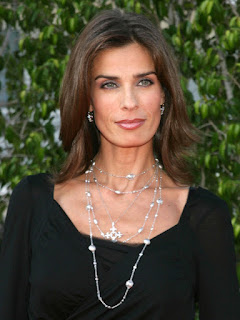 In a January blog, I wrote about what I was hoping for this year.

When I was pondering about writing my first "I" blog, the first person I thought of was Tricia. She DOES have two "I"s in her first name, but that doesn't EVEN begin how inspiring she is. Tricia was diagnosed with breast cancer in 2008. She found the lump while doing an ever so important self-breast exam. 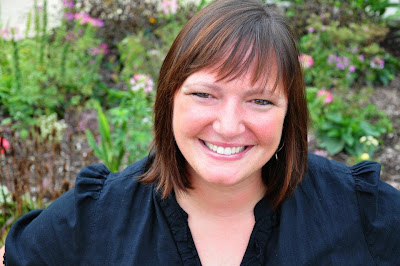 ******SIDE NOTE: I just realized Tricia, plus the I in her maiden makes THREE "I"s. Tricia has three, so does inspiring. I'm guessing this is not an accident! Her parents knew what they were doing!

ANNNYYYYYWAYYYS. Let me tell you about the path that lead me to Tricia. Long story long, (I know, I always say that). If you know me, I meet people easily. BUT if you really know me, you know I don't always meet people the easy way! (Especially people that make a big impression on me)!

Picture it 2009, someone I knew at the time came to me and said (NOT A REAL QUOTE) "Wanna raise a couple thousand dollars and walk 38 miles?". That would be each of us raising that much money and each of of walking that long.  I would love to say I said, "HELLLLLZZZ YEAH, SIGN A SISTA UP". What did say, "I would love to, let me think about this". (or something similar to that)

I went to my magic eight ball aka mama. She said, "BITCH YOU BE CRAZY"!  Well, that is what her eyes said. What she really said was, "You always do what you set your mind to. If you want to do it, you will". Please cue the "AWEEEEEEEEE"s. I went back to my friend and told her to sign me up.

So, I mentioned I had to raise a crap ton of money! Each walker had to have the money before they could even walk the walk! PRAISE the Lord above for mama! Every time I come up with an idea, mama goes right along with me! My fundraisers became her fundraisers too!
﻿ 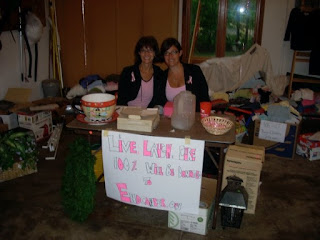 ﻿﻿
All fundraising and no play make Coco and Mama no fun! Also, since I got "Roxie" my fab pink bike that year, it goes with my theme. 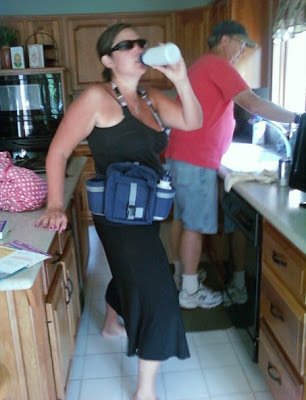 I walked miles and miles with  "Fanny, the fun pack". I practice with my water bottles full and fanny pack stuffed. Tissues-Check. Change of socks-Check. My phone to call for help if I walked to far and didn't want to walk home-CHECK!

*****SIDENOTE: I'm sad to inform you that "Fanny, the fun pack" didn't even make it through the first day of the event. It was sad and heart breaking. I guess I filled her to full at the actual walk. I miss that Fanny!

SOOOO, I raised the money I needed and a little more. I had practice my walking for miles and was set to take on the two day task. Unfortunately, I couldn't say the same for my team mates. FORTUNATELY, my mom's "work daughter" was in the same boat. She had the money and no teammates.

﻿﻿﻿
So Team SarCo was formed and really I couldn't ask for a better walking buddy. One thing I should mention about Sara is that she is what the kids call "popular".  Chick knows everyone, including but not limited to...

﻿﻿
﻿
This many people had raised the money and agree to spend two days walking around THE ENTIRE INDIANAPOLIS AREA. I mean the ENTIRE city. To this day, I pass streets and think about walking down them. I'm not sure that I can actually put into words what this walk and experience meant to me. If you see me out and about ask me about it! 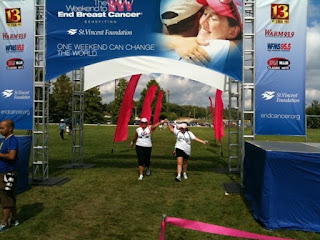 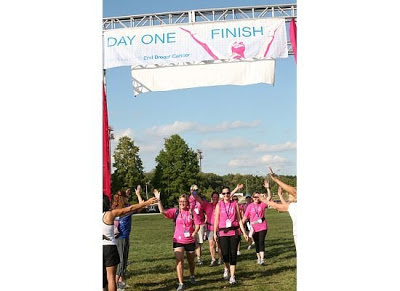 Have you ever seen such happy faces. We all made it across the finish line and accomplished something AH-MAZE-ING! I've only had the motivation to do the walk once. For me, it will always be a "once in a lifetime event".

Tricia's team on the other hand had just gotten started! "The Replacements" have changed their name to Tricia's Hope.  Since our fateful meeting in 2009 Tricia and her team of amazing friends have raised over $54,000 toward cancer research. YEP that is FIFTY FOUR THOUSAND DOLLARS. I'm impressed and I hope you are too! 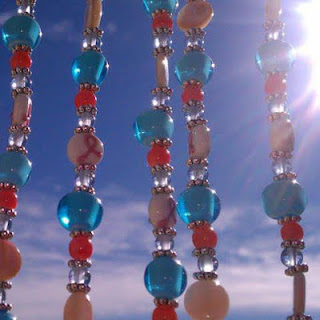 With my bracelets I never set a price, I just ask for donations and explain to customers that all of the beads and time are donated, and 100 percent goes directly to help cancer patients?charity or Women of Hope? “I truly believe that giving it to God has increased the success of Tricia’s Hope as it brings out the generosity of others,” Rausch said.

Tricia is now in the process of making Tricia's Hope 501(c)3 status. Filing for federal non-profit is not cheap or easy. She has found the help she needs on the business side from her newly formed board of directors! Which is amazing, but she still needs help raising the $800 it costs to file the paper work. Please check out and "like" her facebook page for details on how to donate. All donations are 100% tax detectable....JUST SAYING!

I haven't had a chance to tell her yet, but Almost Gemini will be donating 10% of the money we make at April 6th Indie Art and Vintage Marketplace to Tricia's Hope. Maybe if we are lucky, we can talk her into stopping by and bringing some bracelets for us to sell, too!

I've been lucky enough to be part of her journey and lucky enough to know such an inspiring person! I know very soon she will be running a VERY successful charity! Almost Gemini and I always there whenever Tricia and Tricia's Hope needs!


Don't forget to do your monthly breast exams! It could save your life!
AG

Posted by AlmostGemini at 1:52 PM 2 comments: