Here are a few of Coco's favorite things!

Also, I just wanted to tell you (and hope just maybe someone does the same thing), I can not spell Oprah without spelling it backwards. For some reason, I always have to think Harpo (like her production company). Odd?!

Before we start you need to know, I'm not of a fan of Harpo spelled backwards. I did go to her show. Not worth the hype! I went with THE one and only Jenny B. She got last minute tickets and invited me everyone on Facebook me. The show we went to was about Ted Kennedy's book ( FYI he had already past on. It was his second wife Vikki and son). Now JB being Irish Catholic, heard  the name Kennedy and fainted. (Just kidding but that would've entertaining). Now if JFK Jr. was still alive and on this episode, I would be singing a totally different tune! He was super easy on the eyes!

ANYWAY, the entire experience annoyed me. There was so much wrong with the Harpo show, but I'll just list a few. Now this isn't my full list of annoying Oprah shiz, just a random sampling.

I did however have a ton of fun with Jenny B thus moving me to her favorite U sissy, if only for a short time!

So now a few of Coco's favorite things. My obsessions per say!

After paying an outrageous amount of cash on cable, Sis and I thought no more. We do of course have the Internet. I couldn't entertain you and sis couldn't do homework without it. This summer being cable free meant getting a lot done, and being outside as much as possible. Being cable-less in winter means, hulu. You don't even have to pay for this one! Now it has your new shows, which is awesome but I don't know of any cable/direct TV that I could watch some Quantum Leap any.time.I.want.

ANYTIME I WANT TO WATCH IT!

Now for a picture of THE ONE, THE ONLY, Sexy Scott Bakula. Hunk-a- Hunk of Quantum Leaping love! I wonder what Ziggy would think of the picture! 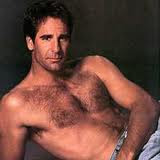 I found another one of my fave shows! One I might even like a tiny, itty, bitty better the QL (I know, I'm to confused, too. Is that even possible?). Once I tell you the show and let you in, I think you will be once again, AH-MAZED!

Ladies and Gents, The Greatest American Hero. YEP FOR FREE! In all his glorious red jumpsuit, flowing cape and co star Connie Sellecca.

I want to challenge you to find a better theme song to a T.V. show. Believe it or not in my personal opinion is THE.BEST.THEME.SONG to date.


In the winter my toes always get cold. Isotoner Classic Ballet Slippers = AWESOME. For years, these have been my go to house slippers. These are comfy and not bulky. You can find them from $10- $15 depending on how fancy you want to get. I like the traditional ones. 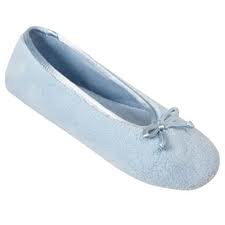 These slippers most likely won't score you a roll in the Nutcracker Ballet, but if you buy them in satin pink, you will at least look the part! Fake it til you make it?!

Now, this is kinda pricey but well worth it. As you all know, I've been having some headache issues. (I'm writing a blog on that and will put it up on soon,when I'm hopefully, fingers crossed, say your prayers, better) so my sis bought me THE MOST PERFECT FEEL BETTER GIFT! An 8ft blow up Santa. He was $34 ish at Walmart. (The price was on the outside of the box.) 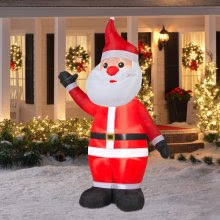 Look how cute! It looks like he is waving but he is actually offering all our neighbors high fives. He is a very positive jolly man!

Sadly, I spent way to much time on Oprah and my annoyance of her. My head is starting to get foggy and I better end it before I start making up names for people!

Don't forget you can check Almost Gemini out at Horton's of Tipton this Saturday Dec 1st from 9-5.

As always you can find us in Whimzy and our hair flair will be in Handmade Promenade until late December.

Now one of my many favorite Christmas Vacation quotes.

Clark: 'Tis the season to be merry.
Mary: That's my name.
Clark: No shit.

Posted by AlmostGemini at 1:56 PM