I'm a big believer in fate. I believe no matter what fork in the road you take its the right one for you. Not to get all deep and weepy but I think people are placed in your life for some reason or the other. Some for good reasons, some for bad reasons, but they are there to inspire.

I met Sally on a random day through an old friend I had just started to reconnect with. (A good thing about Facebook)

When I met her, she was so friendly and funny.  She was very proud of her two children, Jordan and Keagan. She was also very open about her journey with Keagan and his struggles with autism. She had such an optimism and drive that you knew she was going to do what it takes.

I've since seen Sally a couple times, but being Facebook friends I feel like I get to enjoy Keagan's achievements along side all her other friends.

Last month I noticed one status mentioned that her work was doing a bake sale fundraiser to help with Keagan's medical bills. I knew I wanted to help. Being gluten free, I know not everyone wants cookies...well I want them, can't eat the good ones. I talked to sis and some friends and we thought we would donate some fun stuff to help raise money. I knew there would be no way to write their story in a couple words or paragraphs but I asked her to try. She sent me this in an email-

When asked to summarize “our story” or journey if you will, I find it short not to write a novel. So I think I’ll try to summarize best with more of a high level view of our milestones, some of our pit falls, and alas our hope… not to be confused by our faith.
Keagan was diagnosed with autism very young, prior to his second birthday. Within the same breath the woman at Riley Hospital told me my son was autistic, she also told me that 80% of marriages of parents of autistic children end in divorce. She told us to immediately get on the Medicaid waiver list that may be a 15 year wait but by the time our son needed long term care services, the waiver should cover it.
We spent the next three years in a tornado of therapies, medication, biomedicine, homeopathics… you name it. There are a billion “treatments” for our kids. Fast forward a year or two, the divorce takes place, jobs were lost, terrible car accidents resulting in injuries and major expenses hit us, hearts were broken, survival skills set in, and my focus on Keagan dwindled. Not my focus on him as my son, but my focus on what I knew in my heart to be true… that Keagan can recover.
Through my tornado I came into my own. I came to a place where I could simplify my life and my children were my only focus. I came to a place where I was empowered to trust in my faith, complete hundreds of hours of research, collaborate with other parents, and inevitably understand that autism…. was a symptom. Over the last few years we have uncovered mitochondrial dysfunction, adrenal fatigue, a myriad of auto immune disorders, toxic effect of metals, gut dysbosis and several other things. All of these things combined have resulted in Keagan’s diagnosis of Autism. So the mainstream media will lead you to believe that autism is a neurological disorder that can be made better with antipsychotic drugs and therapy. I am here to tell you that autism is medical. Autism is epigenetic and in most cases autism is iatrogenic.
The being said, what you likely don’t know is that autism is treatable. It is. I know many kids that have recovered from autism. Due to Keagan’s age and the amount of destruction I continued to let wreak havoc on his body our recovery may not look like that of those fully recovered… but it damn sure looks MUCH different than a little boy that in the past ate chicken nuggets, pretzels, and applesauce… spoke a repertoire of maybe 20 words that were all demands or items he wanted, rocked all day, flapped his hands so hard that it looked like he had horns on his head, bit his hands so hard when he was frustrated that they looked like leather… and all while on the doctor ordered antipsychotic medication.
Through extensive nutritional evaluations, toxin load analyses, a variety of foreign labs, and various other non-mainstream medical tests… I learned what was at the root of my son’s illness. This empowered me to begin to understand how to heal him.
With a year of bio medical interventions Keagan is eating a strict diet of meats, vegetables, and a bit of fruit. Keagan is sleeping through the night. Keagan can tolerate and even enjoy short outings. Keagan is beginning many independent acts such as getting dressed and brushing his teeth. Keagan also just this year became 100% toilet trained, at 10 years old. He is constantly taking three steps forward a week and 2 steps back the next, and I’ll take it!! He is resilient.
For parents like myself that are focused on healing their children’s underlying conditions, we are mainly doing so outside of the relm of mainstream medicine which is covered by insurance. Per the AustismOne presentation from 2013, the average cost a parent is spending on their child with autism and underlyingconditions per year is $45,000. In 2013 so far approximately 70% of Keagan’s costs are not covered by insurance. The FDA does not mandate nutritional supplements, only drugs and they therefor or not covered by insurance. The doctors that we see are like states away (ours is in Chicago) and insurance does not cover them. All that being said, I’ve never in my life been so overwhelmed by the support of Keagan’s village.
My colleagues alone single handedly paid for Keagan’s first visit to his new doctor in Chicago who is one of the leaders in biomedical treatments. She has quickly reshaped my son’s protocol. We make continuous changes. Changes are made based on behavior observations, physical changes (rash, coloring), multiple tests, and other lab work.
We are on a very long journey, and I for one cannot wait to see what this kid has in store for me. I do not accept autism, I do not support autism. I fight autism, for my son.


What an AH-MAZE-ING story! I've already mention above how fate has brought some good great people in my life! I asked some of my vintage loving friends if they would be interested in donating for the non-cookie eaters of the world!

SIDENOTE: They had never met Sally, Jordan or Keagan but were more then happy to donate to them.

My first stop was to a lovely lady named Allison and her goodness that is Time & Again Shop. She uses old pillowcases (the nice soft cuddly ones) and makes pillow case dresses. She also makes sweet "Ellie" the elephants and super cute Indiana Christmas ornaments. (Which is what she donated) Check out her goodness! 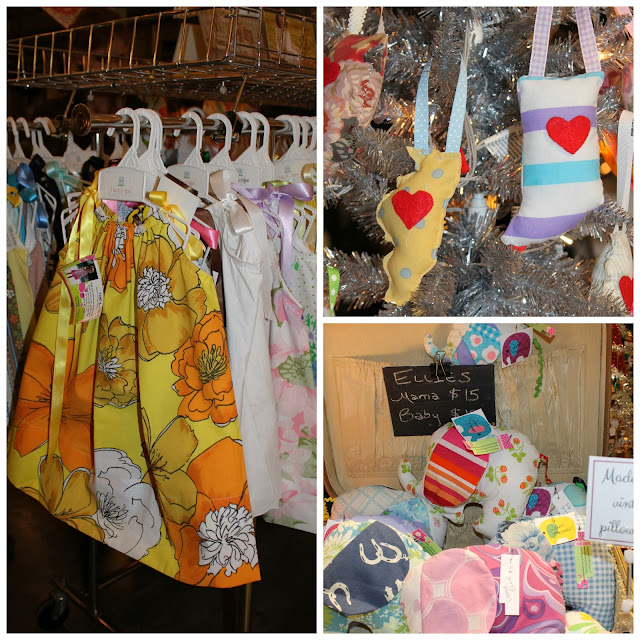 Allison told me that I should ask her friend Danie if she would be interested. Danie owns one an AH-MAZE-ING shop in Fishers called Best of What's Around. Not knowing Danie I reached out to her about a donation. Without and hesitation she said "yes". I was excited that I made another new friend! 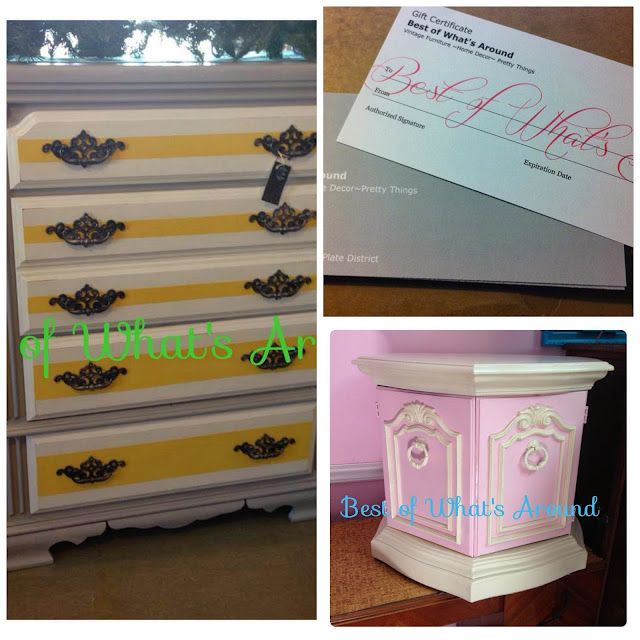 This is only a tiny little bit of the stores awesomeness! I'm going back on Tuesday to see what's new the inventory is ALWAYS changing!

When I told Jackie from ReLoved by Shambora studios I need to "ask her a question" she laughed and said "Now what"? Which is a TOTALLY fair answer!  She has been in the business longer then AG. I'm always asking her questions! When I told what we were doing for Sally she said "Grab what you want". No questions asked, just what can I do to help. She ended up picking out a Hope necklace which couldn't be more perfect! 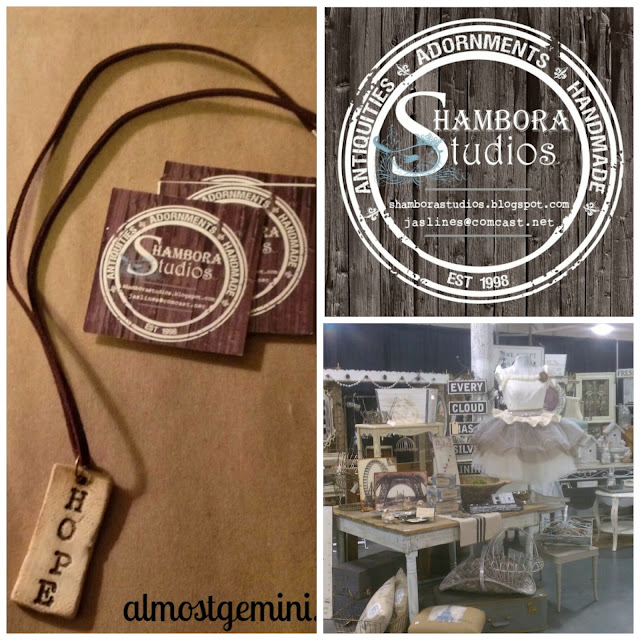 I never doubted for a minute the big hearts of Junkey Monkey's  wouldn't be in for a giveaway! These AH-MAZE-ING chickies totally had the "What can we do" attitude! They so kindly donated a super cute wooden Christmas tree! (Similar to the one pictured on the left) Great eyes and great taste! 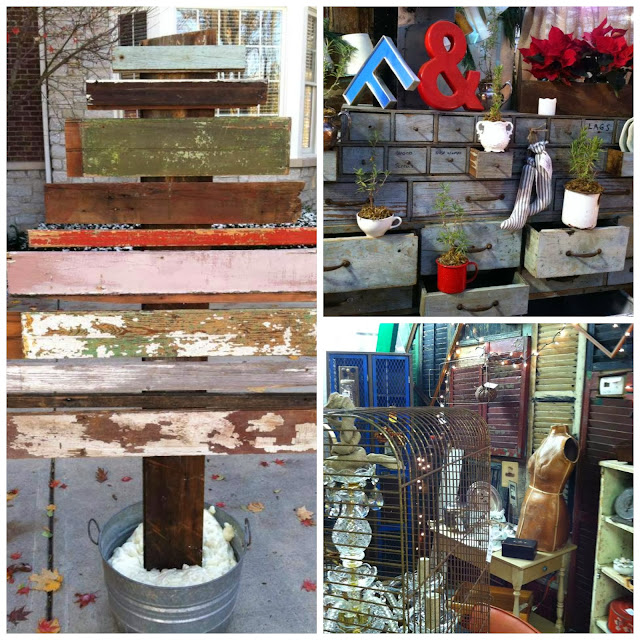 Once again, I'm VERY thankful to everyone that helped out! I'm also thankful that Sally agreed to share her story with me! If you would like to help off set the cost I do have her paypal address. (I just don't know how to put it on here. 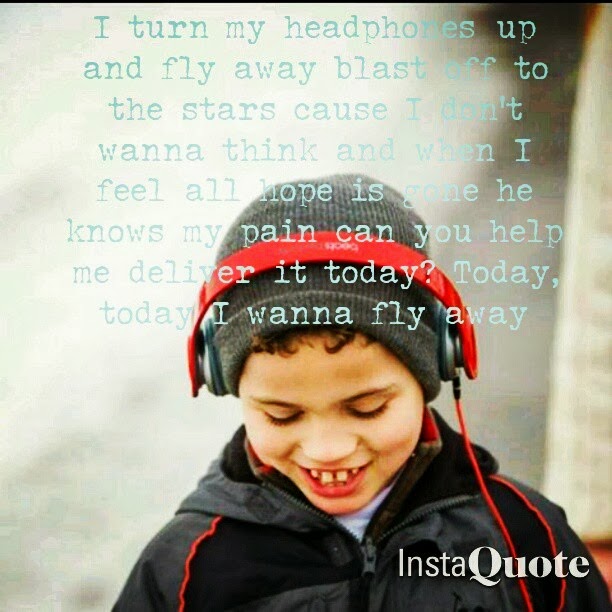 Isn't he cute?! I'm looking forward to following their journey and can't wait to see what Keagan will be up to next.
AG
Posted by AlmostGemini at 6:50 PM